There was 2 parts to this brief, firstly we recognised there was no emoji for 4×4, the second part was that we was about to launch the New Land Rover Defender since it was discontinued.

To coincide with the launch of the New Land Rover Defender we created a unique and iconic emoji. The plan was for every time the hashtag #NEWDEFNDER was used it would show our emoji, It reached number 6 in New Trending and was so impactful that the campaign was renewed for a further 6 months. 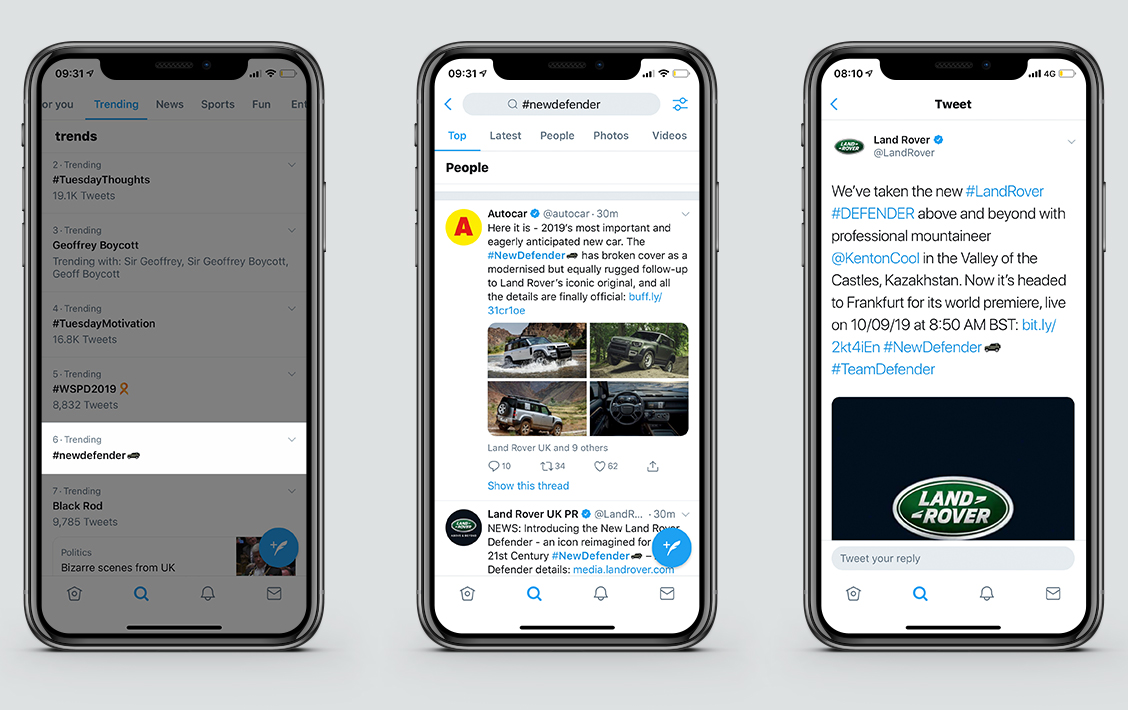